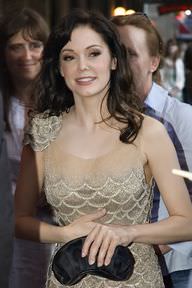 Rose McGowan is an American actress. She is best known for her role in the TV series "Charmed".

She was Blender magazine's sexiest woman of the year in 2006.

She is of Irish and French descent. She is married to artist Davey Detail since 2013. She has dated rock star Marilyn Manson and director Robert Rodriguez in the past.

She has appeared in many music videos, such as "Coma White" by Marilyn Manson and "Break The Rules" by Charli XCX.

When is Rose's birthday?

In how many days is Rose's birthday?

Rose's birthday is in 18 days

How old is Rose?

Where is Rose from?

Rose was born in Florence, Italy.