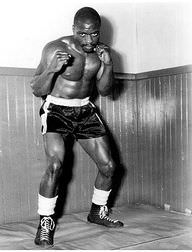 Rubin Carter was an American professional boxer in the middleweight class who quickly rose to fame in the early 1960s for his knockout-friendly punch that sent his opponents to sleep early in matches. Although he did not hold any championship titles in his career, he holds an honorary title belt given to him by the World Boxing Council in 1993.

Carter is perhaps most known for his involvement in a murder case in 1966 where he was wrongfully convicted of shooting three men inside a bar in New Jersey, an involvement that would eventually send him to prison for almost 20 years before being released in 1985 after a successful writ of habeas corpus filed by his attorney.

Rubin's birthday is in 213 days

How old was Rubin when he died?

Rubin Carter would be 85 years old if he was alive today.

Where was Rubin from?

He was born in Paterson, New Jersey, U.S..

What was Rubin Carter's height?