Ryan Phillippe is an American actor. He is best known for his roles in many successful films in the late 90's, whice made him a sex symbol.

He was married to Oscar winner Reese Witherspoon for 8 years. They have 2 children together and he also has a daughter from his relationship with actress Alexis Knapp. He has dated actress Abbie Cornish in the past. 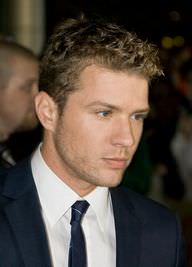 Ryan's birthday is in 287 days

Where is Ryan from?

He was born in New Castle, Delaware, U.S..