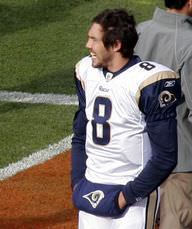 Samuel Jacob Bradford is the full name of the veteran American football quarterback. For most of his career, he played in the NFL for about nine seasons with Minnesota Vikings, and St. Louis Rams. He is a proud product of the University of Oklahoma.

In 2008, Sam Bradford became the second person to win the “Heisman Trophy” as a second-year university student. In addition, he was first in offense scoring across all USA colleges in that year.

During the NFL’s 2010 Draft, Bradford was the overall first pick drafted by the St. Louis Rams. He broke the NFL’s record for the most completions by a rookie in that year and was named the NFL Best Offensive Rookie of the Year.

Bradford set career highs with the Eagles in 2015. He reached 3,725 passing yards with yards per attempt of 7.0 and completion of 65%.

As of 2020, he held the Minnesota Vikings’ record for the most passing yards of a quarterback’s debut game with 286.

In 2018, he signed a very lucrative deal with the Arizona Cardinals and made three starting appearances. However, Josh Rosen, a 2018 rookie, soon replaced him. Rumor has it that this replacement did not go well with Bradford which made him retire.

He is a Christian and is married to Emma Lavy.

Sam's birthday is in 41 days

Where is Sam from?

He was born in Oklahoma City, Oklahoma, U.S..

What is Sam Bradford's height?