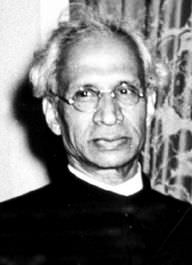 Sarvepalli Radhakrishnan was credited for creating a bond between the Western world and his native country, India. He’s famously known for his defense of the Hindu religion. His arguments were mostly centered on the Advaita Vedanta school of thought.

He established his name in the country’s history books in 1962 when he became the President. Prior to that, he served as the Vice President from 1952 to 1962, becoming the first person to occupy that position.

He was raised by his parents Sita Sitamma and Sarvepalli Veeraswami. In 1904, he married a lady called Sivakamu. Together they had six kids which include Indian historian Sarvepalli Gopal.

At age 16, he had the chance to study at Madras Christian College. Before that, he studied at Voorhees College.

Throughout his career, Radhakrishnan received many laurels such as the Bharat Ratna. He was knighted in 1931 and became a member of the famous British Academy seven years later. Between 1933 and 1937, he was shortlisted for a number of Nobel Prize in Literature awards.

Jadunath Sinha, a famous Indian philosopher, accused him of plagiarizing part of his 1925 work entitled “Indian Psychology of Perception”.

He was India’s second President.

He was a co-founder of the charity organization called Helpage India.

In India, his birthday is celebrated as “Teachers' Day”.

Sarvepalli Radhakrishnan's birthday is on September 5, 1888.

Sarvepalli Radhakrishnan's birthday is in 270 days

How old was Sarvepalli Radhakrishnan when he died?

Sarvepalli Radhakrishnan would be 134 years old if he was alive today.

Where was Sarvepalli Radhakrishnan from?

He was born in Thiruttani, Madras Presidency, British India.