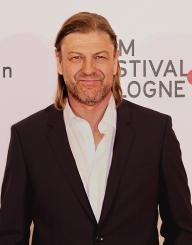 Sean Bean is known as one the most versatile actors in the world. He is an English actor best known for starring in the “Lord of the Rings” trilogy.

Sean has been in many “epic” roles for films including “Troy”, “Lord of the Rings”, “Henry VIII”, and “The Canterbury Tales”. Sean has only been nominated for SAG Awards.

Sean has said that “Bach is the Shakespeare of music”. He loves classical music. Sean appeared in Moby’s music video for “We Are All Made Of Stars”. His 1st acting part was as Tybalt in a stage production of “Romeo & Juliet”. Sean has 1 daughter named Evie Natasha.

006 was such an interesting character and the film really explored his friendship with Bond and how it all went wrong, so it was a very personal journey for both characters.Sean Bean

I put quite a few trees in last autumn. A lot of silver birch and a couple of native trees - just generally doing gardening, putting plants in and hedges in. It takes quite a lot of time and I love it.Sean Bean

There's a wealth of literature out there which, hopefully, will be, you know, exploded in the future, and I personally find it very rewarding to be involved with classic storytelling, and sort of legendary characters.Sean Bean

Sean's birthday is in 286 days

He was born in Sheffield, West Riding of Yorkshire, England, UK.