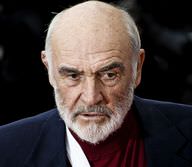 Sean Connery was an award-winning Scottish actor and producer. He was regarded by many as probably the best James Bond actor of all-time.

Aside from the fame he derived from playing the James Bond character, Connery was also noted for his outstanding performances in a number popular silver screen projects. For instance, he appeared in 1975’s adventure film, “The Man Who Would Be King” – he starred alongside Michael Caine.

He also played the Robin Hood character in the 1976 film entitled “Robin and Marian”. In addition, he appeared as Henry Jones, Sr. in 1989’s action-adventure film, “Indiana Jones and the Last Crusade”.

His dad, Joseph Connery, worked as a lorry driver while his mum, Euphemia McLean, worked as a cleaner. He was an elder brother to fellow actor, Neil Connery.

Connery had been in numerous relationships before tying the knot with actress, Diane Cilento in 1962. Their marriage, which produced a son named Jason Connery, came to an end in 1973.

Prior to his marriage with Cilento, he had been romantically involved with Julie Hamilton, the daughter of popular filmmaker, Jill Craigie. And after his divorce to Cilento, he entered into separate relationships with popular celebs like Carole Mallory, Lana Wood, and Jill St. John.

His second marriage, to Micheline Roquebrune, happened in 1975. The couple remained together until his passing in 2020.

For his huge contribution to the film industry, he received many honors, during his acting career, including an Academy Award, 2 BAFTAS, and 3 Golden Globes.

He received the title of knighthood, in July of 2000, by Queen Elizabeth II.

Connery declined a role, as Gandalf, in the hit epic film series “The Lord of the Rings”. His reason was that the film’s script wasn’t very clear to him.

He was a known member of the popular political party, Scottish National Party, which has gained prominence for campaigning for Scottish independence from the United Kingdom.

During his younger days, he had interest in playing football and featured for Scottish football club, Bonnyrigg Rose.

I'm fed up with the idiots... the ever-widening gap between people who know how to make movies and the people who green-light the movies.Sean Connery

I've always been hopeful about Scotland's prospects. And I now believe more than ever that Scotland is within touching distance of achieving independence and equality.Sean Connery

Laughter kills fear, and without fear there can be no faith. For without fear of the devil there is no need for God.Sean Connery

There are women who take it to the wire. That's what they are looking for, the ultimate confrontation. They want a smack.Sean Connery

There's something fundamentally wrong with a system where there's been 17 years of a Tory Government and the people of Scotland have voted Socialist for 17 years. That hardly seems democratic.Sean Connery

Sean's birthday is in 271 days

How old was Sean when he died?

Sean Connery would be 91 years old if he was alive today.

Where was Sean from?

He was born in Fountainbridge, Edinburgh, Scotland.

People born on August 25 fall under the Zodiac sign of Virgo, the Virgin. Sean Connery is the 63rd most popular Virgo.

Aside from information specific to Sean Connery's birthday, Sean Connery is the 2nd most famous Scottish.

In general, Sean Connery ranks as the 748th most popular famous person, and the 94th most popular actor of all time. “The Famous Birthdays” catalogs over 40,000 famous people, everyone, from actors to actresses to singers to tiktok stars, from serial killers to chefs to scientists to youtubers and more. If you're curious to see who was born on your birthday, you can use our database to find out who, what, where, when and why. You can search by birthday, birthplace, claim to fame or any other information by typing in the search box, or simply browse our site by selecting the month, the day, the horoscope, or any other clickable option.