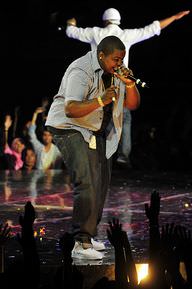 Sean Kingston is a noted American-Jamaican singer and rapper who first gained global stardom with the release of his 2007 hit single "Beautiful Girls". He is also known for songs such as "Me Love", "Take You There" and "Fire Burning".

Kingston is the grandson of the renowned Jamaican reggae music producer Jack Ruby.

Since launching his musical career in 2006, Kingston has been honored with multiple awards, including a 2007 MOBO Award. He also won a Teen Choice Award in 2007 for his international hit "Beautiful Girls".

Kingston almost lost his life in June of 2010 when a jet ski he was riding was involved in a very serious accident in Florida.

Kingston is a supporter of animal rights organization PETA.

Sean's birthday is in 172 days