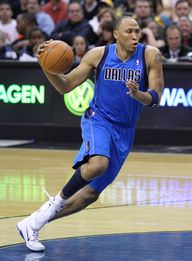 Shawn Marion is a retired American professional basketball player who spent his career playing for teams such as the Phoenix Suns, the Miami Heat and the Cleveland Cavaliers of the National Basketball Association (NBA). Throughout his career, he was known for his unique versatility on the basketball court.

He won the 2011 NBA Finals with the Dallas Mavericks and helped the United States national basketball team win bronze at the 2004 Summer Olympics.

He was selected for the NBA All-Star Game four times.

Shawn's birthday is in 212 days

Where is Shawn from?

He was born in Waukegan, Illinois, U.S..

What is Shawn Marion's height?