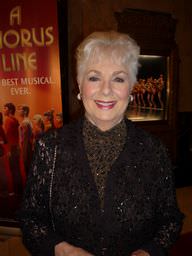 Shirley Jones began her acting career as a stage performer in the early 1950s. She was mostly associated with the Rodgers and Hammerstein production team. The American was then given the opportunity to appear on a number of stage musicals which include “South Pacific” and “Me and Juliet”.

However, her first movie role came in 1955 after she starred in the movie version of the stage play titled “Oklahoma!”. Since then, the celebrated singer, who's also an actress, has appeared in loads of movies and series like “Zombie Night”, “Family Weekend” and “Elmer Gantry”.

As a singer, she’s known for her singles titled "Clover in the Meadow" and “Walk in Silence”. She dropped her first album in 1989, which was under the title “Silent Strength”. Her other studio albums include “Then & Now”, “A Touch of Christmas” and “A Tribute to Richard Rodgers”.

She’s the daughter of Marjorie and Paul Jones. Her first marriage, which was to Jack Cassidy, ended in 1974. She then married actor, Marty Ingels, three years later. She has three children which include singer, Shaun Cassidy, and Patrick Cassidy, an actor.

In 1960, she won the “Best Supporting Actress” at the Academy Award for her role in the movie titled “Elmer Gantry”.

Shirley Jones' birthday is in 182 days

Where is Shirley Jones from?

She was born in Charleroi, Pennsylvania, U.S..