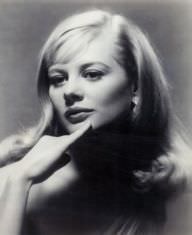 Shirley Knight was a sensational American actress whose heyday was during the 1960s and 70s. Throughout the years she had assembled an extensive résumé of well over 200 features, which are highlighted by her winning several prominent industry awards.

Her parents were named Noel and Virginia Knight.

She gave birth to Kaitlin and Sophie Hopkins.

In 1968, Knight took home a Laurel Award in the category of Best Female Supporting Performance for a character she played, Prudence Bollen, on the drama film “Petulia”.

In 1998, she won a Primetime Emmy Award portraying Ruth Murdoch on “Thirtysomething”.

In 1995, she took home a Golden Globe Award and Primetime Emmy Award, both in supporting actress categories, for her portrayal of Peggy Buckley on the HBO movie “Indictment: The McMartin Trial”.

That same year she won another Primetime Emmy Award for her guest performance on an episode of “NYPD Blue”.

She passed away of natural causes in the home of her daughter, Kaitlin.

I'm writing a book and working on my one-woman show, Learning To Be Human.Shirley Knight

My goal was not to be famous or rich but to be good at what I did. And that required going to New York and studying and working in the theater.Shirley Knight

The only people you can really share certain things with in secret are your girlfriends.Shirley Knight

This house was our dream-the gardens, the study, even the swimming pool. Even though I can't see John when I wake up in the morning, I can always feel him here with me.Shirley Knight

Shirley's birthday is in 212 days

How old was Shirley when she died?

Shirley Knight would be 85 years old if she was alive today.

Where was Shirley from?

She was born in Goessel, Kansas, U.S..

Shirley Knight was a famous Actress, who was born on July 5, 1936. As a person born on this date, Shirley Knight is listed in our database as the 71st most popular celebrity for the day (July 5) and the 78th most popular for the year (1936).

People born on July 5 fall under the Zodiac sign of Cancer, the Crab. Shirley Knight is the 2290th most popular Cancer.

In general, Shirley Knight ranks as the 22443rd most popular famous person, and the 2614th most popular actress of all time. “The Famous Birthdays” catalogs over 40,000 famous people, everyone, from actors to actresses to singers to tiktok stars, from serial killers to chefs to scientists to youtubers and more. If you're curious to see who was born on your birthday, you can use our database to find out who, what, where, when and why. You can search by birthday, birthplace, claim to fame or any other information by typing in the search box, or simply browse our site by selecting the month, the day, the horoscope, or any other clickable option.