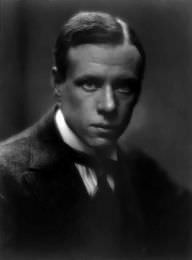 Lewis was a Nobel Prize-winning author and playwright who was regarded as one of the best writers that have emerged from the U.S. Following his graduation from the university, he started writing poetry and fictional works. His first novel titled "Our Mr. Wrenn: The Romantic Adventures of a Gentle Man" was released in 1914. One year later, he published another novel named "The Trail of the Hawk: A Comedy of the Seriousness of Life". Despite his popularity during the 20th century, his legacy suffered enormous decline after his death.

His father, Edwin J. Lewis was a physician, while his mother was called Emma Lewis. His siblings were Fred and Claude Lewis. He was married to magazine editor, Grace Hegger between 1914 and 1925. He later married journalist and radio broadcaster, Dorothy Thompson from 1928 till 1942. His children were Michael and Wells Lewis - who died during the World War II.

He was awarded with a "Nobel Prize in Literature" in 1930.

He was an atheist.

He attended Oberlin Academy in Ohio before joining Oberlin College. He received a bachelor's degree from Yale University in New Haven, Connecticut in 1908.

Sinclair Lewis' birthday is in 124 days

How old was Sinclair Lewis when he died?

Sinclair Lewis would be 137 years old if he was alive today.

Where was Sinclair Lewis from?

He was born in Sauk Centre, Minnesota, U.S..