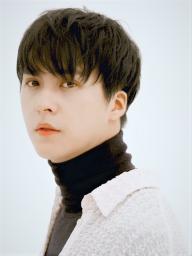 South Korean singer, Son Dong-woon is popular for being a pivotal member, a vocalist, of the Korean boy band, "Highlight" – a group which was originally called "Beast". Prior to his membership with the band, he had undergone a two-year mentorship under the supervision of the South Korean entertainment company, JYP Entertainment.

His dad, Son Il-rak worked as a professor at Cheongju University. The Korean star has a brother named Son Dong-ha.

He studied at Dongguk University in 2017.

He started his mandatory military service in May of 2019.

Son Dong-woon's birthday is in 243 days

Where is Son Dong-woon from?

He was born in Seoul, South Korea.