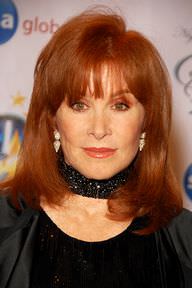 Stefanie Powers is a highly-rated American actress who gained much attention after her role in the series titled “Hart to Hart” where she portrayed the character of Jennifer Hart.

She’s gone on to perform in numerous top movies and TV series like “The Artist's Wife”, “The Girl from U.N.C.L.E.” and “Doctors”.

She studied at the Hollywood High School.

In 2008, she was said to be suffering from alveolar carcinoma, which was as a result of her smoking habit.

A year later, she underwent surgery to take off a section of her lung.

As a child, she was trained in karate.

She was a cheerleader in high school.

At birth, she was named Stefania Zofya Paul

She has a Polish ancestry.

She changed her name due to a deal she had with Columbia Pictures.

Stefanie's birthday is in 86 days

Where is Stefanie from?

She was born in Hollywood, California, U.S..