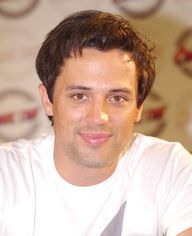 Stephen Colletti is a top American actor who has featured in a number of movies including “One Tree Hill”, “Normal Adolescent Behavior”, and “Kill Katie Malone”.

The actor had his early education at the Laguna Beach High School.

He was nominated for the “Choice TV Reality/Variety Star – Mal” prize at the 2005 Teen Choice Award.

Colletti has romantically been linked with movie actress, Chelsea Kane.

Stephen Colletti's birthday is on February 7, 1986.

Stephen's birthday is in 130 days

Where is Stephen from?

He was born in Newport Beach, California, U.S..