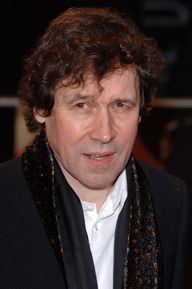 Stephen Rea has made a name for himself as one of the best actors to emerge from Ireland. He began appearing in television and stage productions in the 1960s. He has garnered international recognition through his appearance as Fergus in the film, “The Crying Game”. His other notable roles include Sir Hugh Hayden-Hoyle in “The Honourable Woman” and Gatehouse in “The Shadow Line”.

He was raised by his housewife mother and bus driver father. His ex-wife was the late Irish Republican Army bomber, Dolours Price. She gave birth to his two sons.

He received an Oscar nomination for his performance in “The Crying Game”.

He has served as a UNICEF Ireland Ambassador.

Stephen's birthday is in 28 days

Where is Stephen from?

He was born in Belfast, Northern Ireland.