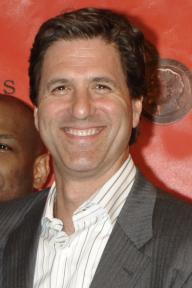 The American film director, producer and writer is renowned for his TV comedy series. He has also been involved with a self-named production firm.

He is a product of Glenbrook South High School and holds a degree in journalism from the University of Wisconsin-Madison.

His marriage to Krista Levitan, which lasted from 1992 to 2018, produced three children.

Before working in Hollywood, Levitan was a news reporter at Madison’s WKOW-TV and a copywriter at Leo Burnett Adverts.

Levitan is an Emmy Award winner in the category “Outstanding Comedy Series”. He took home the honor for his performance in the TV series “Frasier”.

He has also worked as a TV series creator, scriptwriter, producer and director. He was heavily involved in the TV series “Just Shoot Me” and “Stacked”. The former earned him a nomination for a Golden Globe Award.

In 2006, he co-founded Picture Day with Christopher Lloyd which released award-winning TV series such as “Modern Family” and “Back to You”.

Steven's birthday is in 184 days