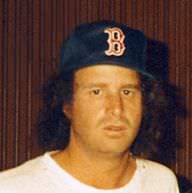 Steven Wright is a stand-up comedian, actor, writer and film producer. Regarded as one of the greatest stand-up comedians from the United States, he came to prominence for his dull voice and dry humour approach in delivering his jokes. He is also known for the short film, “The Appointments of Dennis Jennings” which he wrote, produced and starred in and his performance as Leon in the web series, “Horace and Pete”.

He was raised in Burlington, Massachusetts as one of the four children born to Alexander K. Wright and Lucille Lomano.

In 1989, he earned an Oscar for the film, “The Appointments of Dennis Jennings”. He was inducted into the Boston Comedy Hall of Fame in 2008.

He has made occasional celebrity guest appearances on “The Late Late Show with Craig Ferguson”.

Steven's birthday is in 3 days

He was born in Cambridge, Massachusetts, U.S..