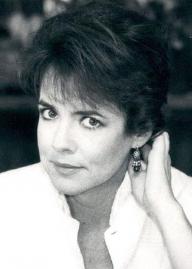 She also played the character role of Veronica Loy in TV drama series, “The Good Wife”.

Her name at birth was Susan Williams Antonia Stockard. She was the daughter of Lester Napier Stockard (who is no more) and Mary Alice. She has a sibling by the name of Lesly Stockard Smith.

In 1979, she received an award for “Favorite Motion Picture Supporting Actress” from People's Choice Awards.

In 2002, she was adjudged “Actress of the Year” at the London Film Critics' Circle Awards.

In 2005, Channing picked up a Daytime Emmy Award for the role she played in the movie, “Jack”.

I think that's the phenomenon of our time is that a lot of women keep themselves in good shape but that there's not a lot of accommodation or people out there to connect with and the technology.Stockard Channing

These things have a life of there own and never existed when I was growing up certainly worrying when one would get made. It's kind of amazing how that one movie kept living through all these years.Stockard Channing

You're talking to someone who has been married to various people for the last 40 years of her life. Dating is not really something familiar. I've never really been a dater.Stockard Channing

People born on February 13 fall under the Zodiac sign of Aquarius, the Water Bearer. Stockard Channing is the 1767th most popular Aquarius.

Aside from information specific to Stockard Channing's birthday, Stockard Channing is the 13954th most famous American and ranks 649th in famous people born in New York City, New York, U.S.

In general, Stockard Channing ranks as the 25688th most popular famous person, and the 2907th most popular actress of all time. “The Famous Birthdays” catalogs over 25,000 famous people, everyone, from actors to actresses to singers to tiktok stars, from serial killers to chefs to scientists to youtubers and more. If you're curious to see who was born on your birthday, you can use our database to find out who, what, where, when and why. You can search by birthday, birthplace, claim to fame or any other information by typing in the search box, or simply browse our site by selecting the month, the day, the horoscope, or any other clickable option.