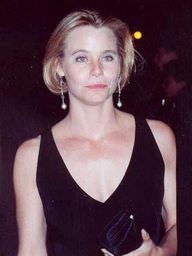 Susan HallockDey, better known as Susan Dey, has had a long and illustrious career in Hollywood. Her journey to fame began in the 1970s with a role in the musical sitcom "The Partridge Family." She went on to star in a number of films and television series including:

She began her career in the entertainment industry as a teen model.

She’s known for her time as an advocate for UCLA Medical Center’s Rape Treatment Center.

Susan's birthday is in 309 days

Where is Susan from?

She was born in Pekin, Illinois, U.S..