She was known to be an American actress and voice over actress who kick-started her career in the 1950s in theaters and soon began appearing in films. Suzanne Pleshette starred in mainstreaming films such as "Rome Adventure" in 1962, Alfred Hitchcock's "The Birds" in 1963.

As her popularity grew, so did her works as she was featured in guest roles on several TV productions. She played "Emily Hartley" on "The Bob Newhart Show" which spanned between 1972 up until 1978. Her career was still on the move till 2004, which was four years prior to her death at the age of 70.

Suzanne was born to father, Eugene Pleshette, who was a stage manager at Paramount Theater and mother who was a professional dancer and artist known under the stage name, Geraldine Rivers.

Her cousin is the famous actor and screenwriter, John Pleshette. In 1964, she was involved in a short-lived marriage with fellow actor, Troy Donahue, which lasted for about eight months. She got married to Tom Gallagher in 1968 and he died in 2000 due to lung cancer. In 2001, she married co-actor, Tom Poston but he also died in 2007 due to respiratory failure and she died just one year after.

On January 31st, 2008, she was honored with a star on the Hollywood Walk of Fame.

Suzanne was nominated for the "New Star of the Year" category at the 1963 Golden Globe Awards.

In 1991, she was nominated for the "Outstanding Lead Actress in a Miniseries or Special" at the Emmy Awards. 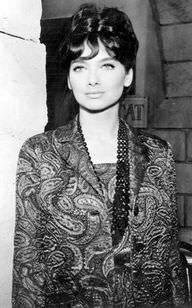 Suzanne's birthday is in 124 days

How old was Suzanne when she died?

Suzanne Pleshette would be 85 years old if she was alive today.

Where was Suzanne from?