T.I. is an American rapper. He has released 10 studio albums.

He has been the founder and co-chief executive officer of Grand Hustle Records since 2003. He has also published 2 novels.

He is married to singer Tameka "Tiny" Cottle and they have 2 children. He also has 3 children from his past relationships, as well as a stepdaughter. In 2010, he convinced 24-year-old Joshua Starks not to jump from a 22-story building. 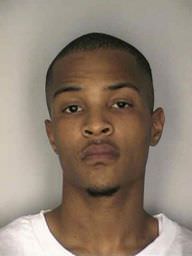