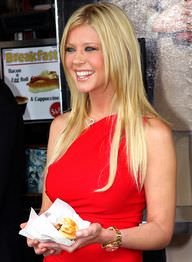 Tara Reid is an American actress.

She has been nominated for 3 Razzie Awards for Worst Actress.

Tara's birthday is in 342 days

Where is Tara from?

She was born in Wyckoff, New Jersey, U.S..