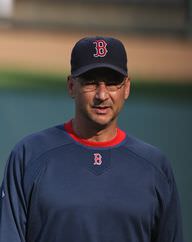 Terry Francona’s knowledge in baseball began when he was a player of the game. Mostly used as an outfielder/first baseman, Francona gained national attention after helping the University of Arizona to win the College World Series in 1980. A year before that, he played in the Pan American Games as a member of the United States team.

He was signed by MLB side Montreal Expos in 1980, but made his debut the following year. Later in his career, he played for teams like Milwaukee Brewers, Cincinnati Reds, and Chicago Cubs.

After bringing his playing career to an end, Francona did not leave the sport entirely. He took up a coaching role and began with the Sarasota White Sox in the junior league. In 1996, the Detroit Tigers hired him as a third-base coach. He has gone on to coach teams like Oakland Athletics, and Texas Rangers.

In 2004, the Boston Red Sox appointed Francona as its manager. That same year, he helped the team to win the World Series. He repeated the achievement in 2007 after beating the Colorado Rockies in the finals.

Other teams that he has managed include Philadelphia Phillies, and Cleveland Indians.

He’s the son of renowned baseball star, Tito Francona. His mother Roberta Jackson died in 1992. He has been married to Jacque Lang since 1982. Their children are Jamie, Alyssa, Nicholas and Leah.

In 2017, he went on a 22-game winning streak with the Cleveland Indians, which became the league’s longest run.

He has also worked as an analyst for a number of television networks including ESPN, and Fox.

Terry's birthday is in 146 days

Where is Terry from?

He was born in Aberdeen, South Dakota, U.S..

People born on April 22 fall under the Zodiac sign of Taurus, the Bull. Terry Francona is the 1380th most popular Taurus.

In general, Terry Francona ranks as the 16169th most popular famous person, and the 73rd most popular baseball player of all time. “The Famous Birthdays” catalogs over 40,000 famous people, everyone, from actors to actresses to singers to tiktok stars, from serial killers to chefs to scientists to youtubers and more. If you're curious to see who was born on your birthday, you can use our database to find out who, what, where, when and why. You can search by birthday, birthplace, claim to fame or any other information by typing in the search box, or simply browse our site by selecting the month, the day, the horoscope, or any other clickable option.