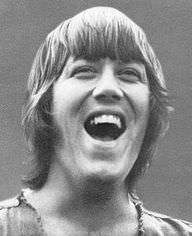 Terry Kath was still in his teens when he began playing in bands in the early to mid-1960s. He is remembered best as a co-founder of the American rock band Chicago which was started in 1967. He rose to fame as the band’s leader, guitarist and its topmost vocalist. Songs he sang as a lead vocalist include “I’m a Man”, “Dialogue”, “Make Me Smile” and “Colour My World”.

His parents were Raymond and Evelyn Kath. He was the husband of Pamela Robinson from 1970 to 1975. He later had a daughter, Michelle Kath with Camelia Ortiz who was his girlfriend at the time of his death.

He was inducted posthumously into the Rock and Roll Hall of Fame as a member of Chicago.

He died after he unintentionally shot himself in the head on January 23, 1978.

Terry's birthday is in 124 days

How old was Terry when he died?

Terry Kath would be 76 years old if he was alive today.

Where was Terry from?