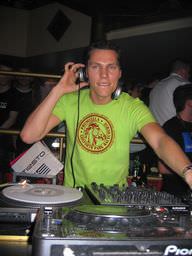 Tiësto is a Dutch Producer and DJ who specializes in different genres of music. He started the “Black Hole” Label in 1997 together with Arny Bink.

His release of “In My Memory”, which was his maiden solo album created a headway for him in the world of music as the track became a major hit.

In 2004, he performed at the Olympics Opening Ceremony making him the first DJ to achieve such a feat.

His full name is Tijs Michiel Verwest. He was engaged to Stacey Blokzijl as at 2008 but the engagement was called off just a month later because he was not sure it was going to work.

In 2016, he was also named on behalf of the Dance4Life foundation as their worldwide ambassador.

Tiësto's birthday is in 346 days

Where is Tiësto from?

He was born in Breda, North Brabant, Netherlands.