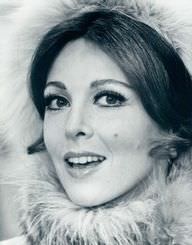 Louise is an esteemed American actress who is prominent for her role in the CBS sitcom, "Gilligan's Island". Her career debuted in the mid-1950s when she began acting on stage. That same year, she got shot into the limelight when she earned a role in the drama, "God's Little Acre".

Louise earned her debut acting role when she was two after appearing on her dad's candy store ad. Due to her already-bred career, she went ahead to study singing, acting and dancing at Neighborhood Playhouse in Manhattan under the guidance of Standford Meisner.

She was born to mother, Sylvia Horn Blacker who was a fashion model, and father, Joseph Blacker, who was a store owner and accountant.

Louise got married to Les Crane in 1996,  a short-lived marriage that spanned for about five years before their tragic separation in 1971. She is mother to novelist and screenwriter, Caprice Crane.

She got nominated for the "Top Female Supporting Performance" at the 1959 Golden Laurel Awards.

Her parents were divorced before she was four.

Her teacher gave her "Louise" because she was the only one in her class without a middle name. 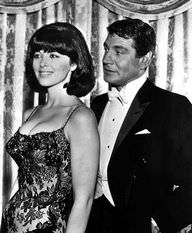 I concentrate on exercises from the waist down, since that is the laziest part of a woman's body.Tina Louise

Mental communication without verbalization... all space is made up of waves and we are constantly sending and receiving messages from our brain.Tina Louise

Tina's birthday is in 138 days

Where is Tina from?

People born on February 11 fall under the Zodiac sign of Aquarius, the Water Bearer. Tina Louise is the 1818th most popular Aquarius.

Aside from information specific to Tina Louise's birthday, Tina Louise is the 14086th most famous American and ranks 584th in famous people born in New York City, New York, U.S.

In general, Tina Louise ranks as the 24957th most popular famous person, and the 2813th most popular actress of all time. “The Famous Birthdays” catalogs over 40,000 famous people, everyone, from actors to actresses to singers to tiktok stars, from serial killers to chefs to scientists to youtubers and more. If you're curious to see who was born on your birthday, you can use our database to find out who, what, where, when and why. You can search by birthday, birthplace, claim to fame or any other information by typing in the search box, or simply browse our site by selecting the month, the day, the horoscope, or any other clickable option.