Tobin Bell is an American actor famed for playing the villainous character John Kramer/Jigsaw on the Saw horror film series, for which he won multiple awards, including a Chiller-Eyegore Award in 2009. He is also known for appearing in other notable films such as 1988's Burning, 1990's Goodfellas and 1998'sBrown's Requiem. His television series works include ER, NYPD Blue, 24 and Criminal Minds.

When not acting, he loves to use his leisure time working as a Little League baseball coach. He also loves playing the guitar and hiking in his spare time.

According to him, he has never been a fan of horror films.

He has a master's degree in environmental science and is very passionate about issues concerning the environment. 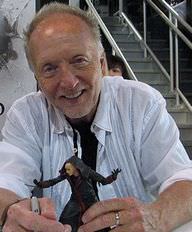 Tobin's birthday is in 306 days

Where is Tobin from?