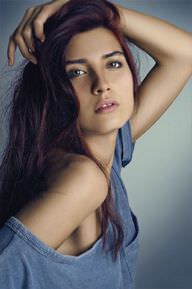 Tuba Büyüküstün was first seen in the early 2000s on Turkish television as a brand endorser, appearing in a variety of advertisements. She landed her first acting gig in 2003 as Nesrin in the television series, “Sultan Makamı”.

She grew up in Istanbul. She is the ex-wife of Turkish actor and filmmaker Onur Saylak. Their marriage lasted from 2011 to 2017 and produced twin daughters in 2012.

In 2021, she appeared in a TV advert for MegaFon in Russia.

Tuba's birthday is in 274 days

Where is Tuba from?

She was born in Istanbul, Turkey.