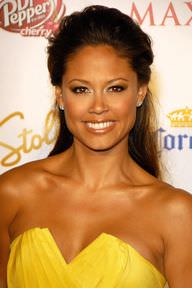 She is a Filipino-American TV personality, fashion model, beauty queen and actress, who is noted to have won "Miss Teen USA" in 1998. Her TV representations include having been a New York-based correspondent for an American first-run syndicated entertainment television news magazine, Entertainment Tonight. In addition to that, Minnillo is also noted to have hosted MTV's Total Request Live.

She has featured in some sitcoms and has successfully hosted several competitions and reality shows.

She got married to American actor, singer, and television personality Nicholas Lachey in 2011. Their children include; Camden, Brooklyn and Phoenix Lachey.

She got nominated for the "TV - Choice Personality" at the 2006 Teen Choice Awards.

When she was young, she attended eight different schools in nine years.

Minnillo became the first Miss Teen USA to ever come from South Carolina.

People born on November 9 fall under the Zodiac sign of Scorpio, the Scorpion. Vanessa Minnillo is the 1726th most popular Scorpio.

In general, Vanessa Minnillo ranks as the 20982nd most popular famous person, and the 2501st most popular actress of all time. “The Famous Birthdays” catalogs over 25,000 famous people, everyone, from actors to actresses to singers to tiktok stars, from serial killers to chefs to scientists to youtubers and more. If you're curious to see who was born on your birthday, you can use our database to find out who, what, where, when and why. You can search by birthday, birthplace, claim to fame or any other information by typing in the search box, or simply browse our site by selecting the month, the day, the horoscope, or any other clickable option.