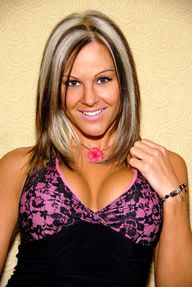 Jamie Lynn Szantyr, who is professionally known by her ring name Velvet Sky, is an American professional wrestler and trainer noted for her time as a participant of Total Nonstop Action as well as the winner of 2013 TNA Women's Knockout Championship and the TNA Knockouts Tag Tèam.

Models Mania named her as their 2013 Woman of the Year.

She appeared on MTV’s Made with A.J. Styles, Angelina Love and Taylor Wilde.

She was a cheerleader, football and softball player during her high school days.

Velvet Sky featured in a music video for the song ‘So Called Life’ by Montgomery Gentry.

She was trained by Kevin Landry and Jason Knight. 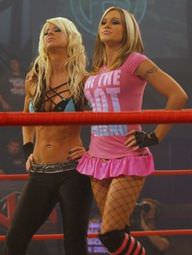 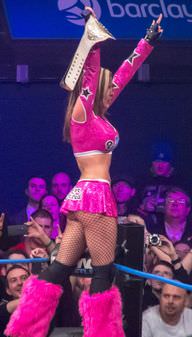 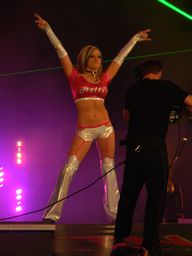 Title
Velvet Sky poses on the stage before making her way to the ring for a four woman Knockouts match during a TNA Impact taping.
Author
KnightNephrite
Source
http://commons.wikimedia.org/wiki/File:VelvetRampPose1.JPG
License
CC BY-SA 3.0 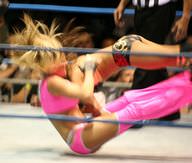 Velvet Sky's birthday is in 292 days

Where is Velvet Sky from?

She was born in New Britain, Connecticut, U.S..

What is Velvet Sky's height?