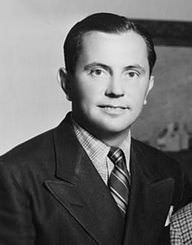 Vernon Duke, born Vladimir Alexandrovich Dukelsky, was a Russian-born American composer known for his sophisticated tunes for films, Broadway musicals, and revues. He was one of the most well-liked composers of the Great Depression era.

He entered the Kiev Conservatory at the age of eleven to study composition. His family fled the horrors of Russia's Civil War in 1919, and in 1921 they secured American visas and set sail for New York.

He met George Gershwin, who proposed his pen name. He wrote scores for theater and film projects all through the 1930s. In 1940, he garnered critical acclaim for his score to “Cabin in the Sky” (1943), a Broadway musical starring Ethel Waters.

He composed the music for the 1957 Broadway production of Jean Anouilh's “Time Remembered”. He served in the US Coast Guard during WWII. In 1955, his memoir “Passport to Paris” was released.

When is Vernon Duke's birthday?

In how many days is Vernon Duke's birthday?

Vernon Duke's birthday is in 267 days

How old was Vernon Duke when he/she died?

When did Vernon Duke die?

How old would Vernon Duke be today?

Vernon Duke would be 119 years old if he/she was alive today.

Where was Vernon Duke from?