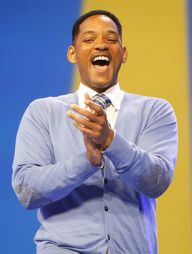 Title
Actor Will Smith lights up the stage as he hosted the 2011 Walmart Shareholders Meeting.
Author
Walmart Stores
Source
http://commons.wikimedia.org/wiki/File:Will_Smith_2011,_2.jpg
License
CC BY 2.0

Will Smith is an American actor and rapper. He has released 4 studio albums and he has starred in dozens of films, as well as the TV series "The Fresh Prince of Bel-Air".

TV: "The Fresh Prince of Bel-Air".

He is regarded as one of the most powerful actors in Hollywood. His films have grossed more than 6 billion american dollars worldwide. He is ranked as the most bankable Hollywood star by Forbes magazine.

His senior sister is named Pamela. He has younger siblings known as Ellen and Harry.

Smith's first marriage, to Sheree Zampino, lasted between 1992 and 1995. His relationship with Sheree produced his first child, Willard Smith, who was born in 1992.

In 2022 Will Smith eventually won his first Academy Award after being nominated in 2002 and 2007. The actor won the “Best Actor” prize for his role in the 2021 biographical film “King Richard”.

But his victory was not the only highlight at the 94th edition of this prestigious event. The actor shocked the audience by confronting fellow actor and comedian Chris Rock, after the latter made a joke about Smith’s wife, Jada Pinkett.

Yes. Rock, who was a presenter at the above-mentioned award ceremony, made a joke about Pinkett’s health condition. This joke got Will Smith seriously offended and as a result, the Academy Award winner attacked Rock on stage by slapping him in the face.

He obtained his high school education at Overbrook High School in Philadelphia.

In July 2020, Jada admitted, via her Red Table Talk show on Facebook, that she had an affair with singer, August Alsina during the period when she and her husband (Smith) were separated. 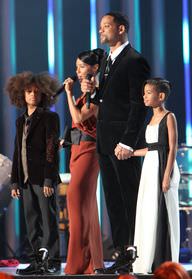 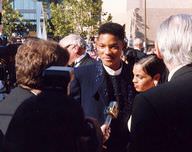 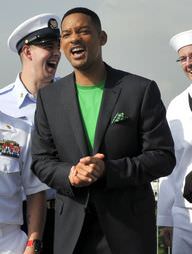 Famous quotes by Will Smith

And where I excel is ridiculous, sickening, work ethic. You know, while the other guy's sleeping? I'm working.Will Smith

I love producing. I am loving doing that. I think that is my most natural space in the business. I just love producing or editing and that's where I thrive.Will Smith

I think with movies I am really connecting to the Joseph Campbell idea of the collective unconscious.Will Smith

I'm a student of world religion, so to me, it's hugely important to have knowledge and to understand what people are doing.Will Smith

Life is lived on the edge.Will Smith

Love is the ultimate theme, but it's not just for women.Will Smith

My skin is hard when it comes to my music. But with my movies, I'm still a virgin in a lot of ways. I'm not used to being shot down for no reason.Will Smith

So if you stay ready, you ain't gotta get ready, and that is how I run my life.Will Smith

The first time that I performed as an actor was the first day on the set of 'The Fresh Prince of Bel-Air.'Will Smith

The things that have been most valuable to me I did not learn in school.Will Smith

Throughout life people will make you mad, disrespect you and treat you bad. Let God deal with the things they do, cause hate in your heart will consume you too.Will Smith

Tommy Lee Jones is hilarious. I would say, if you look at the body of his work, the character he is most like is the one in 'The Fugitive.' That's how he talks and jokes. That is the type of energy he has.Will Smith

Too many people spend money they haven't earned to buy things they don't want to impress people they don't like.Will Smith

We all want to be in love and find that person who is going to love us no matter how our feet smell, no matter how angry we get one day, no matter the things we say that we don't mean.Will Smith

When you create art, the world has to wait.Will Smith

Viewers of Will Smith, also viewed

F.A.Q. about Will Smith

Will's birthday is in 127 days

Where is Will from?

He was born in Wynnefield, West Philadelphia, Pennsylvania, U.S..

People born on September 25 fall under the Zodiac sign of Libra, the Scales. Will Smith is the 15th most popular Libra.

Aside from information specific to Will Smith's birthday, Will Smith is the 97th most famous American.

In general, Will Smith ranks as the 142nd most popular famous person, and the 17th most popular actor of all time. “The Famous Birthdays” catalogs over 40,000 famous people, everyone, from actors to actresses to singers to tiktok stars, from serial killers to chefs to scientists to youtubers and more. If you're curious to see who was born on your birthday, you can use our database to find out who, what, where, when and why. You can search by birthday, birthplace, claim to fame or any other information by typing in the search box, or simply browse our site by selecting the month, the day, the horoscope, or any other clickable option.