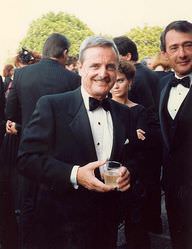 William Daniels is an actor who first gained prominence for his role as Mr. Braddock in the 1967 critically acclaimed film The Graduate. His other notable film credits include Two for the Road and Captain Nice. He was also the president of the Screen Actors Guild from 1999 to 2001.

His motion picture debut occurred in the 1963 drama film Ladybug Ladybug, where he played a school principal named Mr. Calkins.

He married Bonnie Bartlett in 1951 and fathered three children with her.

William's birthday is in 177 days

Where is William from?