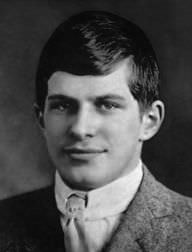 William James Sidis’ upbringing from childhood is believed to have enhanced his skills as a child prodigy. He was famous for his advanced mathematical knowledge and skills. He was also believed to be well versed in more than 20 languages, which has come to be disputed.

He was just 11 years old when he got admitted to Harvard University, setting a record for the youngest person to do so. A year later, he offered a lecture on four-dimensional bodies to the university’s Mathematical Club. Despite his academic prowess, he abandoned mathematics after graduating and after a few pursuits, he lived as a recluse.

He was the son of Sarah Mandelbaum, a physician and Boris Sidis, a Ukrainian-American physician, psychologist and philosopher. He had a sister called Helena.

After leaving mathematics behind, he focused his research on subjects such as anthropology and transportation systems. He published a book on the origins of life titled “The Animate and the Inanimate” in 1920.

William's birthday is in 56 days

How old was William when he died?

William James Sidis would be 124 years old if he was alive today.

Where was William from?