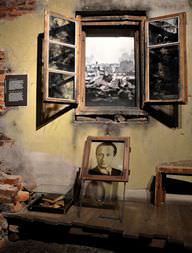 Although Władysław Szpilman had been a celebrated pianist and composer, to many people, he is remembered best as the author of “The Pianist”. The book, which is Szpilman’s memoir, described in detail his life as a Polish-Jew during the holocaust.

Prior to the German occupation of Poland, he worked as the in-house pianist of Polish Radio from 1935 after pursuing music studies in Germany. At the time, he rose to fame for his jazz and classical music performances and his compositions.

He lost his parents, two sisters and brother after they were taken to an extermination camp called Treblinka. He was the father of dentist and composer Andrzej Szpilman and one other son, both from his marriage to Halina Grzecznarowska.

“The Pianist” was chosen as “Book of the Year” in 1999 by the likes of Sunday Times, Los Angeles Times and Boston Globe.

Władysław Szpilman's birthday is on December 5, 1911.

Władysław's birthday is in 66 days

How old was Władysław when he died?

Władysław Szpilman would be 110 years old if he was alive today.

Where was Władysław from?

He was born in Sosnowiec, Congress Poland, Russian Empire.