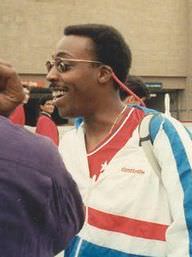 Arsenio Hall is famously known as the host of his eponymous television show which was first aired in 1989. The American actor has been featured in multiple movies including “Coming to America”, “Harlem Nights” and “Black Dynamite”. He has also appeared in lots of television shows such as “Star Search” and “Thicke of the Night”.

He was raised by his parents called Annie and Fred Hall. In 1998 he welcomed his first son named Arsenio Jr.

Growing up, he was known to be a magician.

Arsenio's birthday is in 69 days

Where is Arsenio from?