Billie Joe Armstrong is an American singer, songwriter and actor famed for being the co-founder, lead vocalist, guitarist and primary songwriter of Green Day – a Grammy Award-winning punk rock band known for hit songs such as American Idiot and Boulevard of Broken Dreams.

He is the youngest of six children born to Andrew "Andy" Armstrong and Ollie Jackson. He married Adrienne Nesser in 1994. The couple's son Joseph was born in 1995. Their second child, son Jakob was born in 1998.

The Green Day song Wake Me Up When September Ends is a memorial to his deceased father. 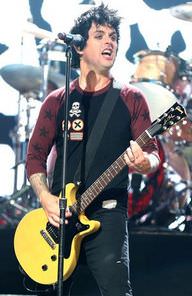 Where is Billie Joe Armstrong from?

He was born in Oakland, California, U.S..