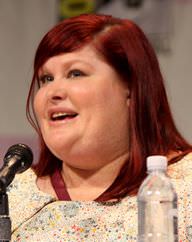 Cassandra Clare is an award-winning American writer known for her impressive work in the young adult fiction genre. She is famed all over the world for her massively successful series The Mortal Instruments. Her other popular series of novels include The Infernal Devices and The Magisterium Series.

She is the daughter of Elizabeth and Richard Rumelt.

Her awards include the Georgia Peach Book Awards for Teen Readers in 2010 and the Abraham Lincoln Illinois High School Book Award in 2010.

Prior to becoming a successful author, she worked with the Hollywood Reporter as an entertainment journalist.

In 2016, bestselling novelist Sherrilyn Kenyon accused her of “knowingly and willfully copying” her work and subsequently sued her for copyright and trademark infringement.

Cassandra Clare's birthday is in 307 days