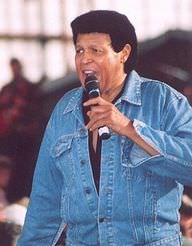 Ernest Evans, who’s known by the stage name Chubby Checker, became an established figure in the music industry after releasing his 1960 version of the song entitled "The Twist" which was originally recorded by Hank Ballard & The Midnighters. He also became popular for his eye-catching dance moves like the Pony, and twist dance. Some of his renowned songs are titled:

He has two siblings

Checker developed the love for music when he was a student at Settlement Music School.

In 2008, Billboard named his song, "The Twist", as the leading chart hit in its history.

Chubby's birthday is in 48 days

Where is Chubby from?

He was born in Spring Gulley, South Carolina, U.S..