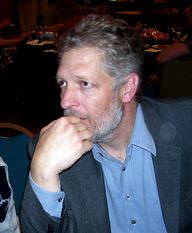 He is an American actor who is most notable for his feature in the 1993 crime drama, "Bad Boys", where he starred as "Viking Lofgren". Other notable films in which Clancy Brown has featured in comprise "Highlander" (1986), "The Shawshank" (1994).

He also featured as a voice over actor in the animated comedy series, "SpongeBob SquarePants", which began to air in 1999 and has continued to air up until January of 2020.

He got married to Jeanne Johnson in 1993. His children include; Rose Beth Brown and James Random Brown. He is noted to have had an older sister who died in 1964 at the age of seven.

He was born to mother, Joyce Helen, who was a composer, concert pianist and conductor. His father is an American politician and publisher, Clarence J. Brown Jr.

His grandfather is Clarence J. Brown, who started the family-owned newspaper company, Brown Publishing Company. The company continued to thrive under the family up until 2010.

He got nominated for the "Best Supporting Actor" at the 1992 Fangoria Chainsaw Awards.

He also won the "Best Vocal Ensemble in a Television Series" at the 2017 BTVA Television Voice Acting Awards.

He got nominated for "Supporting Performance in a Drama" at the 2019 NAVGTR Awards.

His father and grandfather have served as U.S Congressmen.

Clancy's birthday is in 92 days

Where is Clancy from?