Jackie Robinson was an American baseball player known as the first African American to play in the Major League Baseball (MLB) in the modern era. He was inducted into the Baseball Hall of Fame in 1962.

In 1947, he received the inaugural MLB Rookie of the Year Award and was the National League Most Valuable Player (MVP) in 1949, the first African American player to be given that award. In 1997, the MLB honored him by retiring his jersey number, 42, and creating the Jackie Robinson Day, when all players wear the number 42. He was posthumously honored with both the Congressional Gold Medal and the Presidential Medal of Freedom.

In 1946, he married Rachel Robinson, with whom he fathered three children. 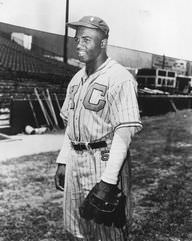 How old was Jackie when he died?

Jackie Robinson would be 104 years old if he was alive today.

Where was Jackie from?