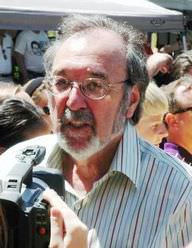 His full name is James Lawrence Brooks. He is an award-winning director and screenwriter from the United States who is acknowledged for works such as “Broadcast News” (1987), “As Good as It Gets” (1997) and “Terms of Endearment” (1983).

He was born to Dorothy and Edward Brooks. Life was tough for him as a child. His father left home at the time he was in his mother’s womb. He grew up alongside his big sister, Diane.

As a young boy, he wrote short comedic stories and sent them out to publishers; however none of them got published. He attended Weehawken High School where he was part of the students who wrote for the school’s newspaper. He enrolled at New York University but left before completing his tertiary education.

After ending his tertiary education, he gained employment as a writer with CBS News for 2 years. He relocated to Los Angeles in 1965 to assist David L. Wooper with his documentaries. He got laid off later on and found new work.

He worked with Allan Burns; a producer, to create the TV show “Room 222” which won an Emmy Award for “Outstanding Series”.

He wrote and produced many films in the 70’s which won him several Emmy Awards.

He claimed 3 Academy Awards for “Best Picture” and “Best Adapted Screenplay” for his work on “Terms of Endearment” (1983). He also won a Golden Globe Award for the said work. Furthermore, he is the recipient of 20 Primetime Emmy Awards.

He has a daughter called Amy Lorraine Brooks from his first marriage with Marianne Catherine Morrissey. They got divorced in 1964. He married his second wife; Holly Berth Holmberg in 1978 however they went their separate ways in 1999. The couple produced three children; Chloe, Cooper and Joseph.

He started a production company called Gracie Films with Polly Platt serving as executive vice president in 1986. The production company has released films such "The Simpsons" and "The Tracy Ullman Show" which have won Emmy Awards.

In 1997 he became a Television Hall of Famer.

I took some time out for life.James L. Brooks

James' birthday is in 103 days

People born on May 9 fall under the Zodiac sign of Taurus, the Bull. James L. Brooks is the 1555th most popular Taurus.

Aside from information specific to James L. Brooks' birthday, James L. Brooks is the 10808th most famous American and ranks 143rd in famous people born in Brooklyn, New York, U.S.

In general, James L. Brooks ranks as the 18136th most popular famous person, and the 147th most popular director of all time. “The Famous Birthdays” catalogs over 40,000 famous people, everyone, from actors to actresses to singers to tiktok stars, from serial killers to chefs to scientists to youtubers and more. If you're curious to see who was born on your birthday, you can use our database to find out who, what, where, when and why. You can search by birthday, birthplace, claim to fame or any other information by typing in the search box, or simply browse our site by selecting the month, the day, the horoscope, or any other clickable option.