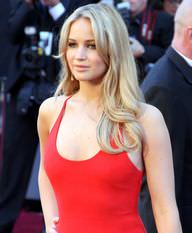 Jennifer Lawrence is an American actress.

In 2014, nude photographs of her leaked online, which she confirmed they were real. She stated: "I don't want to get mad, but at the same time I'm thinking, I didn't tell you that you could look at my naked body".

Who is Jennifer Lawrence married to?

In October 2019 the Kentucky-born star tied the knot with a former student of Middlebury Union High School, Cooke Maroney. They couple initially entered a romantic relationship in 2018 and got engaged in February, the following year.

The actress previously dated English star Nicholas Hoult. The pair began dating in 2010 during the filming of “X-Men: First Class”. However, in 2014 they went their separate ways.

She also dated film director Darren Aronofsky. They ended their relationship in 2017.

She has stated: "I've always studied people and been fascinated by their reactions and feelings. And I think that's the best acting class you can take – watching real people, listening to them and studying them".

How much is Jennifer Lawrence worth?

According to Forbes, the actress’ net worth was estimated around $46 million as of November 2016.

Even as far back as when I started acting at 14, I know I've never considered failure.Jennifer Lawrence

I couldn't be happier about being a part of 'Hunger Games' and to play Katniss. I have a huge responsibility to the fans of this incredible book and I don't take it lightly. I will give everything I have to these movies and to this role to make it worthy of Suzanne Collins' masterpiece.Jennifer Lawrence

I had to learn how to chop wood actually - I don't think my dad would have let me go chop wood in the backyard growing up.Jennifer Lawrence

I never think it's right to chew gum in front of other people, but a lot of times I'll come in for a meeting chewing gum and I'll forget I'm chewing it. Then you don't want to swallow it because it stays in your system for seven years or something, so I've asked to throw it away. I've started to wonder if that's why I didn't get certain movies.Jennifer Lawrence

Jennifer's birthday is in 86 days

Where is Jennifer from?

She was born in Louisville, Kentucky, U.S..

People born on August 15 fall under the Zodiac sign of Leo, the Lion. Jennifer Lawrence is the 1st most popular Leo.

In general, Jennifer Lawrence ranks as the 5th most popular famous person, and the 1st most popular actress of all time. “The Famous Birthdays” catalogs over 40,000 famous people, everyone, from actors to actresses to singers to tiktok stars, from serial killers to chefs to scientists to youtubers and more. If you're curious to see who was born on your birthday, you can use our database to find out who, what, where, when and why. You can search by birthday, birthplace, claim to fame or any other information by typing in the search box, or simply browse our site by selecting the month, the day, the horoscope, or any other clickable option.