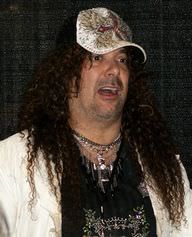 American voice actor and singer Jess Harnell made his Hollywood debut in 1987 through a live-action role. He landed his first voice acting role as Br’er Rabbit in the 1989 video game, “Splash Mountain”. More than 30 years later and with over 370 credits to his name, his voice has been lent to notable animated television series characters such as Wakko Warner in “Animaniacs” and Captain Hero in “Drawn Together”. He is also known as the voice behind Ironhide in the first three films of the “Transformers” series.

His father was the American composer and musician, Joe Harnell. He was raised in Teaneck, New Jersey. In 2019, he married a woman named Cara.

He has been a recipient of the Behind the Voice Actors Awards multiple times.

He has performed in the rock band, Rock Sugar as the lead vocalist. In 1995, he released a solo album titled “The Sound of Your Voice”.

Jess' birthday is in 25 days

Where is Jess from?

He was born in Teaneck, New Jersey, U.S..