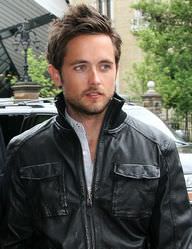 Justin Chatwin is a Canadian actor who rose to fame when he portrayed the character, Jimmy Lishman on the American television series, “Shameless”.

Some of the notable movies he has starred in include “Bang Bang Baby”, “Unleashed” and “The Invisible”.

His mother, Suzanne, was an artist, while his father, Brian Chatwin was an engineer. He has a sister called Brianna. He dated the American actress, Addison Timlin, in 2010.

In 2015, he was nominated for “Best Actor in a Supporting Role” for the movie “Bang Bang Baby” by the Canadian Screen Awards.

He studied commerce at the University of British Columbia in Canada.

Justin's birthday is in 34 days

Where is Justin from?

He was born in Nanaimo, British Columbia, Canada.