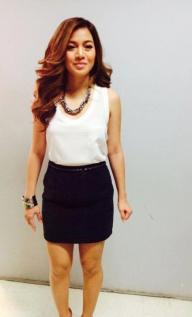 The Filipina music star, stage-named Kyla, is the award-winning singer of the popular song “Way to Your Heart.” Among her Filipino fans, she is known as the “Queen of R&B.”

Born in 1981 in Tondo, Philippines, she grew up in a home where the songs of Ella Fitzgerald and Billie Holiday constantly filled the air. She graduated with a degree in mass communication from the Philippine Christian University

She was privileged to meet music and film director Al Quinn who was wowed by her raw talent. The director encouraged her to join the popular talent show “That’s Entertainment.”

Shortly after the Metropop Song Festival in 2000, she was signed to the EMI Philippines label. They released her debut album “Way to Your Heart” that same year.  The music video of her top-charting second single “Hanggang Ngayon” made it to first place at the MTV MUSIC Video Awards. She has played cameo roles in a number of TV dramas, including 2018’s “Since I Found You.”

She was born Melanie Hernandez Calumpad. She tied the knot with former basketball player Rich Alvarez in 2011. They shared one son.

Kyla's birthday is in 93 days

Where is Kyla from?

She was born in Manila, Philippines.