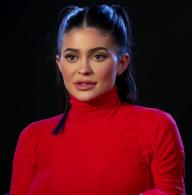 Kylie Jenner is an American TV personality and model. She is best known for the TV reality show "Keeping Up with the Kardashians" as a member of the family. She has her own clothing line with the PacSun brand, named "Kendall & Kylie", along with her sister Kendall.

She was born in 1997. Her sister is Kendall Jenner. She also has 3 half-sisters, Kourtney Kardashian, Kim Kardashian and Khloé Kardashian, and a half-brother, Rob Kardashian. In 2015, she bought a mansion in California, in order to live there when she turns 18.

Time magazine named her and her sister as two of the most influential teens of 2014.

Where is Kylie from?