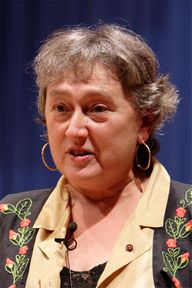 American biologist Lynn Margulis was known for her contribution to the serial endosymbiotic theory in 1967. She was also one of the developers of the Gaia principle which indicates that the Earth works as a self-regulating system.

The multiple award-winning scientist published many books with some titled “Mystery Dance: On the Evolution of Human Sexuality” and “Symbiosis in Cell Evolution: Microbial Communities in the Archean and Proterozoic Eons”.

She also worked with many educational institutions like Boston University, Brandeis University and the University of Massachusetts Amherst.

She was raised by her parents Leona Wise Alexander and Morris Alexander alongside three sisters. Between 1957 and 1965, she was married to famous astronomer Carl Sagan. Two years after their divorce, she became the wife of Thomas Margulis.

She received the National Medal of Science in 1999. That same year, she was celebrated with the William Procter Prize for Scientific Achievement. In 2008, she was given the Darwin-Wallace Medal.

She was named in Discover magazine’s “50 most important women in science” in 2002.

Lynn's birthday is in 152 days

How old was Lynn when she died?

Lynn Margulis would be 84 years old if she was alive today.

Where was Lynn from?