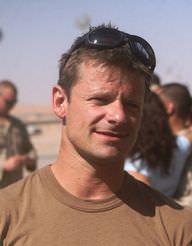 Steve Zahn is a seasoned American actor and comedian who through his outstanding performances has earned several roles in many popular films. His acting began right from an early stage. He featured in school plays, and due to his outstanding acting skills, he earned a Minnesota state speech championship twice.

He was born to father, Carleton Zahn, who was a Lutheran minister. His mother, Zelda Zahn was a YMCA administrator and bookstore clerk. He got married to theatre artist and author, Robyn Peterman in 1994. His children include; Audrey and Henry Zahn.

He picked up the "Best Supporting Male" award at the 2000 Independent Spirit Awards.

He got nominated for the category of "Best Supporting Actor" at the Chlotrudis Awards in 2008.

Zahn was nominated for the "Outstanding Performance by a Cast in a Motion Picture" at the 2017 Screen Actors Guild Awards.

He enjoys turning and fishing.

He earned a honorary Ph.D in Fine Arts from Northern Kentucky University in 2017.

I'm a good dad I spend a lot of time with my kids.Steve Zahn

Steve Zahn is a famous American actor, who was born on November 13, 1967. As a person born on this date, Steve Zahn is listed in our database as the 37th most popular celebrity for the day (November 13) and the 143rd most popular for the year (1967).

People born on November 13 fall under the Zodiac sign of Scorpio, the Scorpion. Steve Zahn is the 1391st most popular Scorpio.

Aside from information specific to Steve Zahn's birthday, Steve Zahn is the 9823rd most famous American.

In general, Steve Zahn ranks as the 16490th most popular famous person, and the 2235th most popular actor of all time. “The Famous Birthdays” catalogs over 25,000 famous people, everyone, from actors to actresses to singers to tiktok stars, from serial killers to chefs to scientists to youtubers and more. If you're curious to see who was born on your birthday, you can use our database to find out who, what, where, when and why. You can search by birthday, birthplace, claim to fame or any other information by typing in the search box, or simply browse our site by selecting the month, the day, the horoscope, or any other clickable option.